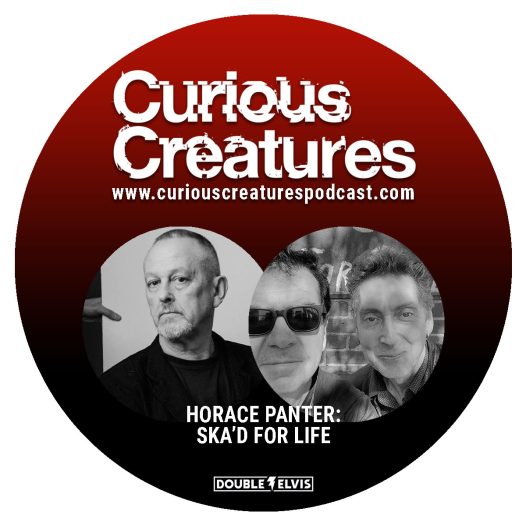 First album takes three years and the next a millionth of the time.

Did a new Specials album no Ska! Probably a new record coming, and Specials unplugged works great. All looking well! Lockdown produced covers of protest songs Terry has to have no distractions and go to Paris.

First tour since lockdown was fantastic. Lol remembers his first Specials show in 1979 at Bilzen Festival absolutely spectacular! It was the best show they ever did. Life changing! Utterly mental.

Lol learns backgammon. No Tour games for the Specials. Budgie played subbuteo with The Cult. Banshees played Clue and Yahtzee. The Cure played football and cricket inside the stadium. Bad idea.

The Specials weren’t mates. Two types of groups: mates from School (The Cure) and the guy with a master plan and cherry picked guys (The Specials) Class of 1979 the music was the common thread for the specials. Banshees had a ferocious kind of loyalty. Terry was a punk rocker in the squad

Burning Spear and Marley were the road in for Horace. Budgie remembers The Slits. He knew how to rehearse as did Lol three years for the Cure rehearsal no Christmas for the Smiths – the Cure are banging away in the woodshed.

Middle of the 70’s in England was full of discontent. Music was our salvation. Music is transcendental.

In 1977 Bowies Low and The Clash. Nick Drake miserable and beautiful. The way you get the music wrong is the way you get your own sound. the Skatellites told The Specials ‘you play too fast”. Garvey’s ghost/Burning Spear and Bob Marley live. Led Zeppelin scared the s*&% out of him.

Horace says he has very little to complain about. The Specials was a great way to see the art galleries of the world. When you’re hot, you’re hot then you spilt up. Why don’t you take a break? Lol likes being liberated at sixty.

It’s mostly about relationships. We find out that The Specials would do any festival The Cure were on because we had a proper guitar tuner. Still best of mates all these years later!