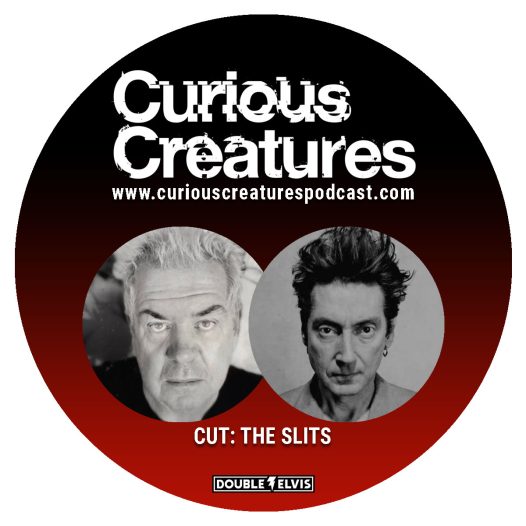 In which Lol & Budgie discuss:
The Album at The Centre of The Banshees’ Split!

Budgie leaves Liverpool for London – finds fluorescent socks and The Artful Dodger aka Steve Strange. / London’s empty Apartments are a Network of Knowledge for Survival in Post-war Britain / Money was Scarce, Ideas were Plentiful.

Budgie’s management was Swingbest – The Sex Pistols management was Glitterbest / The London Scene was Exclusive – Budgie lands in its Centre as Drummer with The Slits Opening for The Clash on their ‘Sort it Out’ tour / Budgie watched Topper watched Budgie / Lol hears the Beginning of Budgie’s Style.

From Island Records’ Jamaica Hub in London to Ridge Farm Recording Studio in Surrey, Cut begins on Passion Sunday, April 1st 1979 / Viv Albertine and Mick Jones are the Romeo and Juliet of Viv’s lyrics / No Punk Rock for Ari Up! / A 4 Week Emotional Roller Coaster but The Food was Amazing!

Budgie’s Trojan Records – Reggae Roots nurtured by Cut producer Dennis ‘Blackbeard’ Bovell / Blackbeard ‘Moonlights’ producing Linton Kwesi Johnson’s album ‘Forces of Victory’, back to back with ‘Cut’ / Viv says, Budgie was an extraordinary man to find / Ari and Budgie connected with a Passion for Beats and Pulse / The Slits found Their Gang – started by original Drummer Palmolive / Budgie embraced the Spirit of Palmolive and found his Own / A Magic Time!