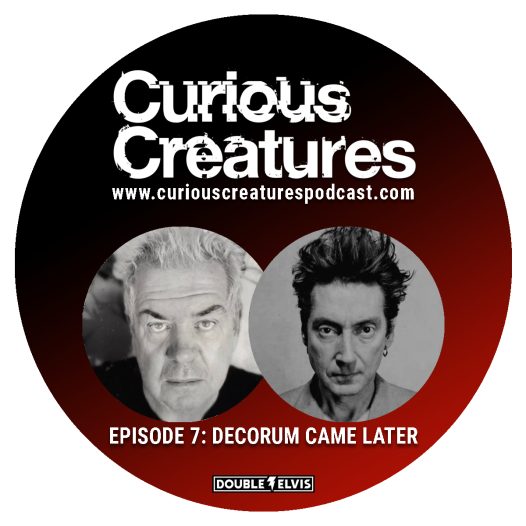 What Letters have we got today? asks Lol with Soto Voice
One from his brother with praise for Cured and parental tales of choice

Budgie became a member of many clubs, to get letters in the post,
TV21 was always best with Gerry Anderson as host

Eugene Huffman loves the Podcast – he was always a Banshees Boy.
But the Creatures’ Anima Animus has become his overwhelming Joy.

The Banshees had a nucleus of Budgie, Sev and Sioux.
The Creatures merged electric with brass and woodwind too

Leonard Eto and Budgie recorded drums in a studio extraneous.
Hai! is solid evidence that the best stuff is spontaneous.

The Relief of just being the Drummer, not having to manage the Band,
Made Music an Adventure of Love once more – Beauty from a grain of sand

Josephina – Jo, wants to know more,
about teens that love The Banshees and The Cure.

Will S thought it would be weird and disturbed,
if as teens we liked music that our parents preferred!

What relevance transforming from Teen to Maturity?
Is the language of Music still a Universal surety?

Modern Art began in 1912 – Marcel Duchamp playing chess.
How old was William Shakespeare – did he ever wear a dress?

Budgie ‘has a thing’ for Shawn the Sheep and Selling England by The Pound
Lol ‘still digs’ The Lamb Lies Down and its Magical Mystical Punky Sound!

Keith from the Void asks about the ring of the Ludwig steel Black Beauty snare
With longer sticks and a bigger kit would Andy Partridge even care?

Budgie met Phil Collins in a BBC TOTP Bathroom.
Are we Surprised? Not really!